INDIANAPOLIS, Indiana (May 28, 2018) - And just like that, the blur that race fans around the world relish on each Memorial Day weekend is now in the rearview mirror after an incredible three days of competition. With blue-ribbon events in Formula 1, NASCAR, IndyCar, World Challenge, and Pro Mazda competition, the racing world delivered a huge final weekend in May.

While the races were set on different tracks, with different cars and regulations, one common denominator ruled the weekend-AERO Sustainable Paint Technology. The pursuit of speed and performance saw teams and drivers up their game no matter what they were racing. That focus on speed is celebrated by some 300,000 fans every year at the Indianapolis Motor Speedway, and several Verizon IndyCar teams put the AERO™ advantage to good use. Several of the teams that earned new trophy hardware were among the growing list of organizations that have turned to AERO Sustainable Paint Technology.

AERO™ is an incredibly strong sustainable paint solution for competition machinery, providing an unmatched visual aesthetic as well as significant environmental benefits from being PVC-free and nearly VOC-free.

Ed Carpenter  was so eager to take pole that he clocked the only 230 mile an hour lap of the speedway set this year. He didn’t relent in the race, either, leading a race-high 65 laps and scoring his best-ever result with a run to second place after 500 miles. His ECR teammate Spencer Pigot also led the race in the No. 21 Preferred Freezer Services Chevrolet, while its GoDaddy-sponsored teammate Danica Patrick had an unfortunate early end to her race with a crash.

"I'll feel pretty good about this in a couple days, I think,” said Carpenter. “The team really did a great job all month long, all day long, really. Pit stops were really good.  Track position was everything we thought it was going to be coming into the day.  Just couldn't quite get it back from (Will Power). You never know how these races are going to unfold. I thought for the most part the team executed well. We'll come back stronger next year.”

A fellow AERO™ driver Tony Kanaan was well on his way to overcoming a cut tire on his AJ Foyt Racing entry when his race ended just laps before the checkered flag.

Graham Rahal’s Turns for Troops/United Rentals Dallara-Honda also made a big cut through the field, as the American pilot raced from deep in the pack to take tenth at the finish.  It was also a case of “what might have been” for his RLL/Scuderia Corsa teammate Oriol Servia, who led until the closing laps of the race only to have to make a dash to the pits for fuel.

“I thought our United Rentals car was very good, it just became a track position race and the yellows were way too long,” said Rahal. “The strategy that we played when we got to the lead on Lap 100 -- had the yellows not taken so long every single time -- we would have been one pit stop less than the rest. We were good to make it on one more stop and everybody else wasn’t.  We had played it right. It obviously sucks to leave here another year and not get a win particularly when the race car was pretty good but I’m just disappointed because I want to get out of here with a win someday.” 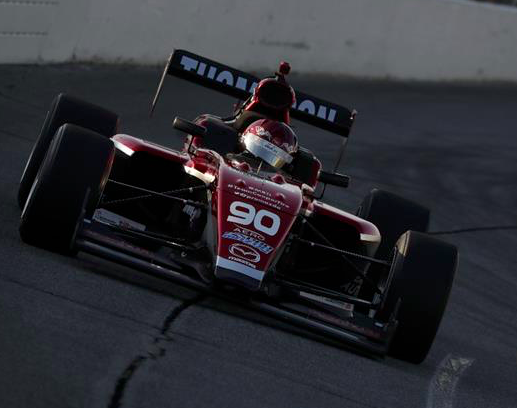 Before the Indianapolis 500 kicked off, it was an updated version of the “Night Before the 500” at Lucas Oil Raceway as  Parker Thompson and the Exclusive Autosport team continued their run of success in Pro Mazda Championship presented by Cooper Tires.  After 90 laps on the ultra-fast oval, Thompson added to his championship advantage with a victory on the 0.686-mile Lucas Oil Raceway. Thompson’s Exclusive Autosport squad utilizes AERO on all the team machines as it contests multiple levels of the Mazda Road To Indy.

“This is a special race to win – not just because of the extra points but because we’re here in Indianapolis and this is the month of May. And this is my first oval win!” exclaimed Thompson. “Now I have that monkey off my back. But today was tough! I was really proud of the car from the Exclusive Autosport team. I didn’t know what we’d have for the race but we knew we had to get away and work lapped traffic.” 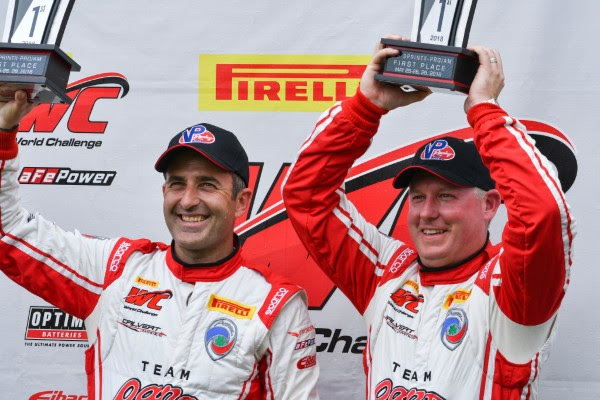 “In my run, I was coming up on some lapped traffic and that can be a big problem at a smaller, tight track like Lime Rock,” said Keegan. “That is a big trick here on how to manage the traffic. There are special spots at this track which the Panoz works very well and we try to maximize those locations. We wanted to pick our spots to pass and there are places here that can be high-risk. We didn’t want to get in those positions and it paid off for a win today!"