MONTEREY, California (September 17, 2019) - It was a big weekend of racing and results for AERO™ Sustainable Paint Technology teams during the penultimate round of IMSA competition at WeatherTech Raceway Laguna Seca this weekend. 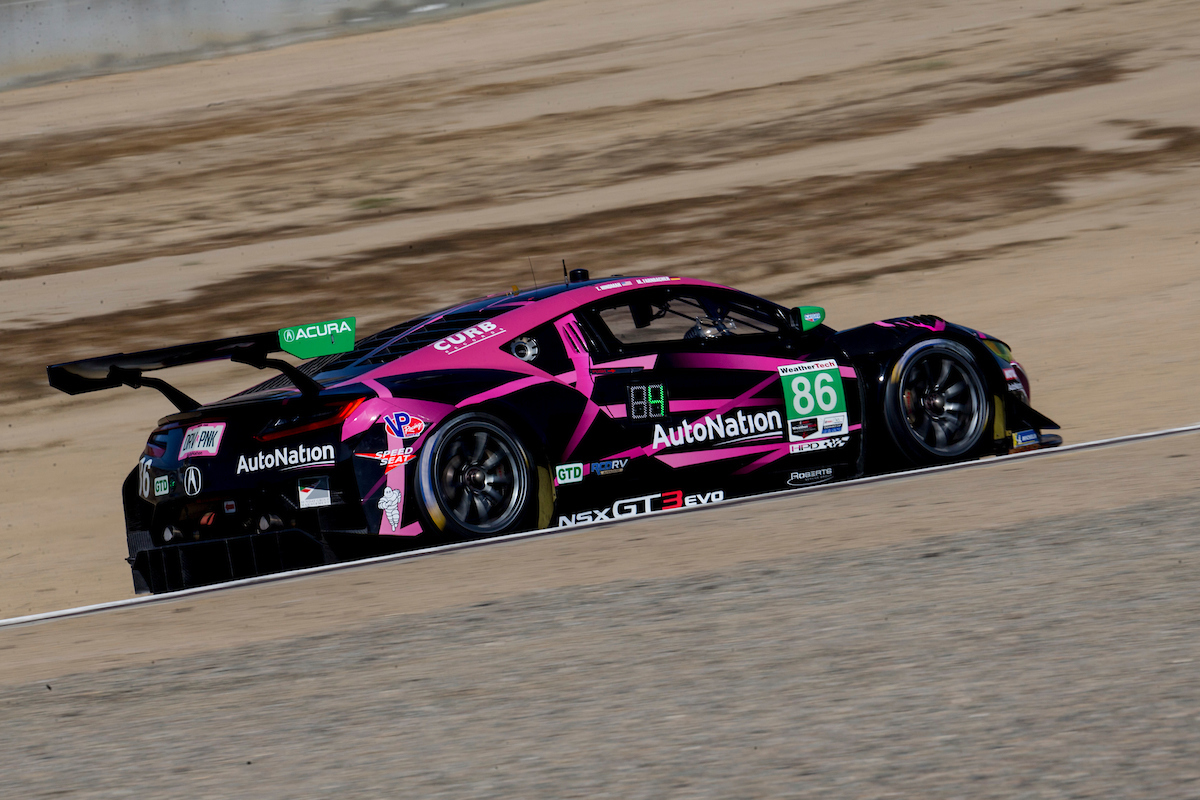 While several of the IMSA WeatherTech SportsCar Championships are coming down to the wire with just one race left to run in the IMSA season, the Laguna Seca round also marked the final round of the IMSA Sprint Cup Championship.

2019 is the debut year for the Sprint Cup, a championship within a championship which is based on the sprint (three hours or less) events on the IMSA schedule. When the checkered flag flew on Sunday, it was longtime AERO team Meyer Shank Racing claiming the IMSA Sprint Cup Team Championship title.

The win was a boost of confidence for the No. 86 AutoNation Acura NSX GT3 of Trent Hindman and Mario Farnbacher after the duo carded an eighth place finish. The Ohio-based team is now 32 points ahead in the GTD overall championship standings heading to the Motul Petit Le Mans on October 12th. 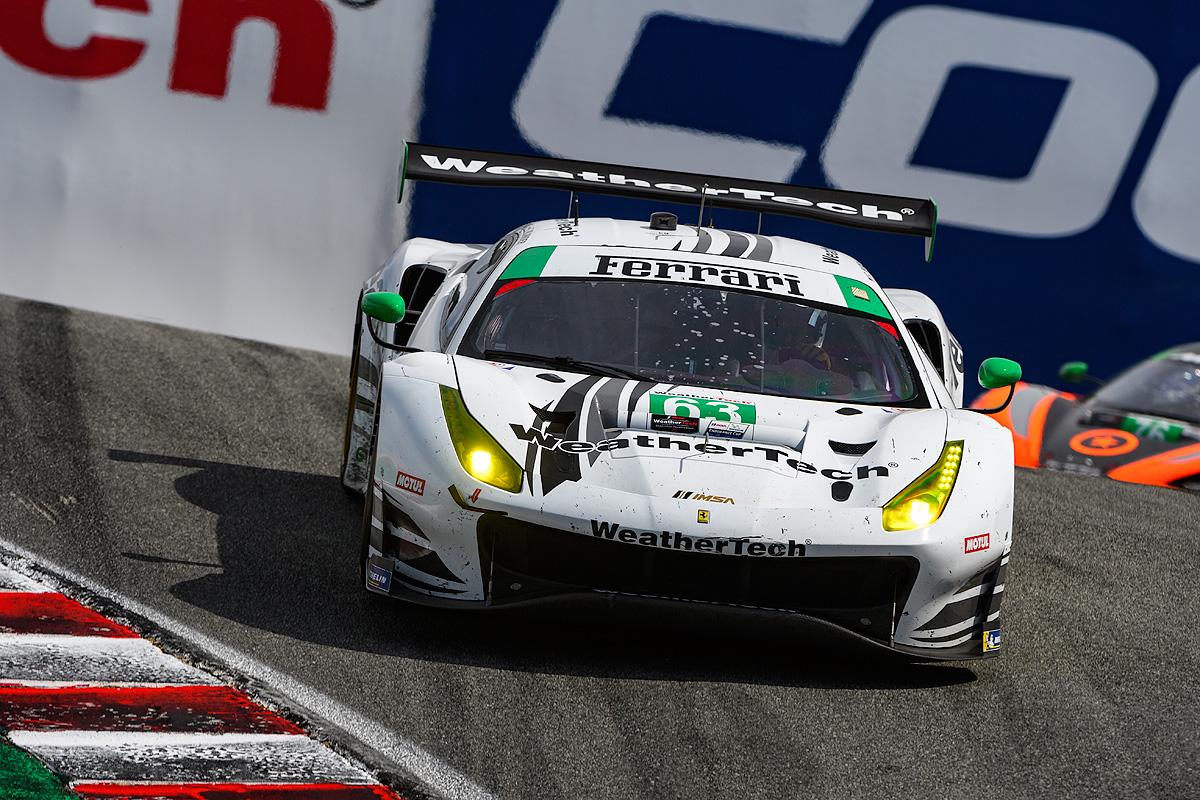 Rahal Letterman Lanigan Racing, which uses AERO film-based paint on both its IMSA and IndyCar programs also utilized the lightweight design to score itself a pole position ahead of the Monterey SportsCar Championship presented by McLaren on Saturday.

Using the ‘back in black’  AERO livery that has brought them good racing luck in the past, Jesse Krohn set a new track record during qualifying in the No. 24 BMW M8 GTE to put himself and teammate John Edwards on the GTLM pole. The BMW was poised for a strong result during Sunday’s main event, but came up 20-seconds short to take home a second place finish. This is the second 2nd place finish for Krohn and Edwards. 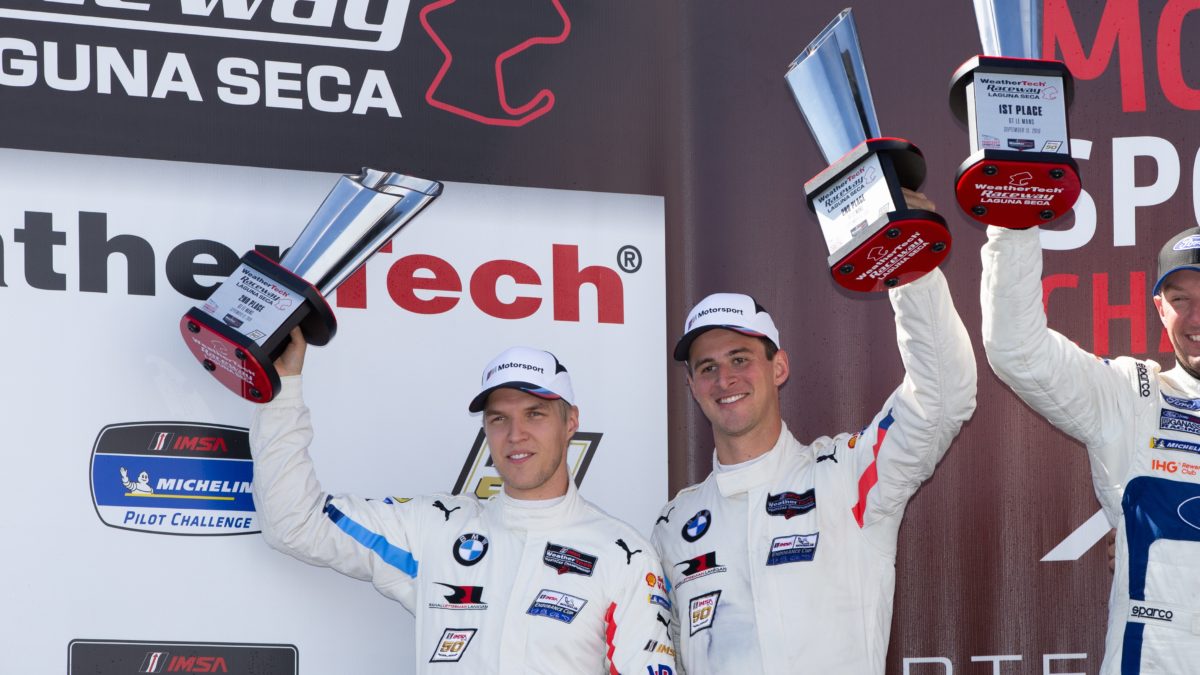 “It feels great to be back on the podium and be back in contention,” said Edwards. “Especially after the previous races where we struggled with our pace. We regrouped, made the necessary changes to the cars and they paid off. Last year, our sister car won here on a great fuel strategy so it is satisfying to be able to compete with the same pace as the other teams.”

In addition to Sunday’s main, two hour and 40-minute event, Saturday saw plenty of wheel-to-wheel racing action in the IMSA Michelin Pilot Challenge. With a strong representation in the series, AERO showed up in victory lane once again.

The GS championship leaders, Tyler McQuarie and Jeff Westphal took their No. 39 CarBahn with Peregrine Racing Audi R8 to the front row during qualifying to lead the field from pole for the Laguna Seca 12. The duo led 42 laps, but it came down to a final sprint on fuel and tire management. The No. 39 Audi finished second and provisionally still leads the GS championship heading to the final round of competition at Michelin Raceway Road Atlanta.

“The CarBahn Peregrine Racing Audi R8 is obviously a fantastic looking car, I love the way it looks,” said Westphal as he prepared to take to the podium. “And to go fast it has to look fast, right!? We have to thank AERO for what they have done for us. This car is so smooth, and  that definitely helps us on the straightways to reduce drag. They’ve been a great technical partner and I’ve been a huge fan of what they do. So it is awesome to have them be a part of this win!” 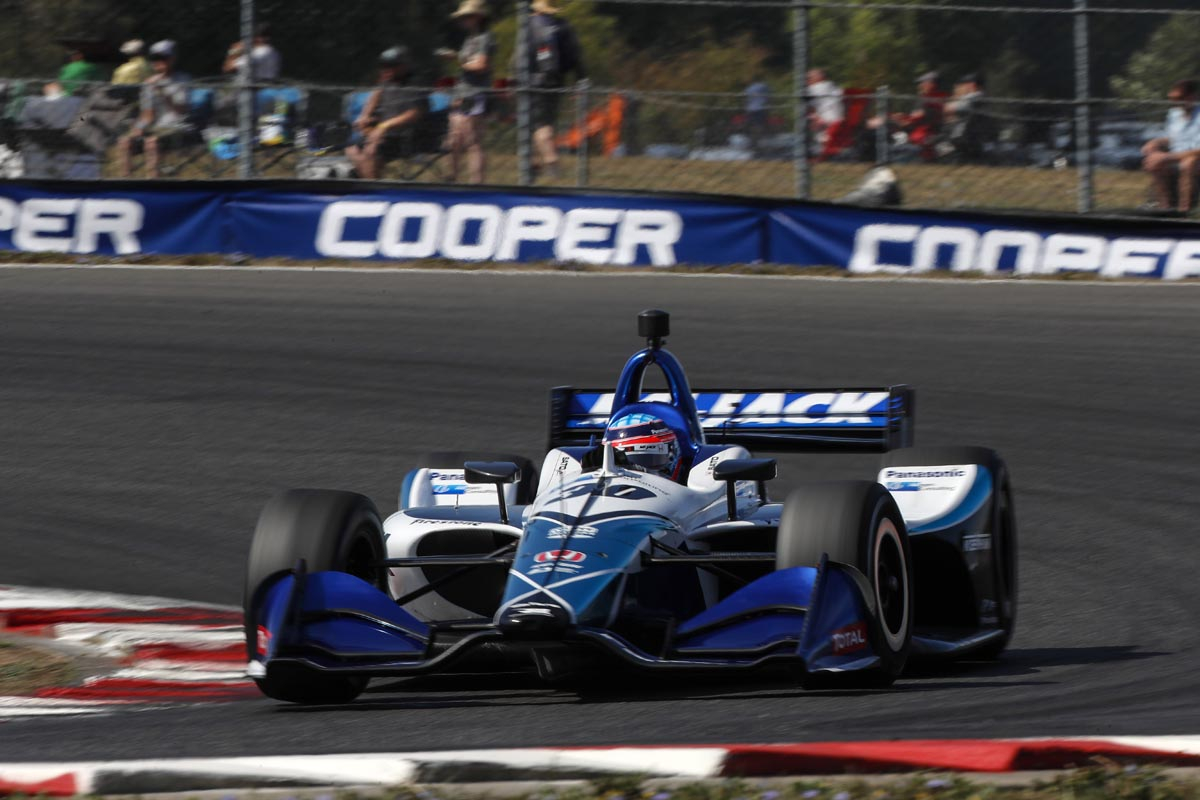 While one round of racing is in the books, it is another big weekend to come this weekend for AERO teams around the globe, as the NTT IndyCar Series moves in to WeatherTechRaceway Laguna Seca. Look for AJ Foyt Racing, RLL Racing, and Meyer Shank Racing all to target a strong close to the season as IndyCar makes its long-awaited return to the Monterey circuit.

The European Le Mans Series heads to the inimitable Spa Francorchamps in Belgium for the second to last race of the 2019 season.  The weekend will also feature the Michelin Le Mans Cup that sees the LMP3 machines do battle alongside a field of GT3 entries. Both the ELMS and MLMC paddocks feature several teams boasting AERO painted machines, including United Autosport, Cool Racing, and Neilson Racing .

Another iconic track—Road America—will play host to the SRO Blancpain GT Americas and GT4 runners as the championship enters the final four races of the year. Team Panoz Racing, which has been a long time AERO team, heads the Team Championship standings in GT4 as driver Ian James hopes to grow his points advantage in the Driver Championship battle.

“Every time we take the car out, the AERO livery does its job-it looks amazing and helps us go faster,” said James. “Road America is a great track, I am not sure how well suited the Panoz will be there but for us it is all about getting as many championship points as we can!”