SPEEDWAY, Indiana (May 26, 2017) - The field is set and now all that is left is the 500 mile run for the checkered flag as Indianapolis once again becomes the center of the racing world this Memorial Day weekend with the Indianapolis 500. 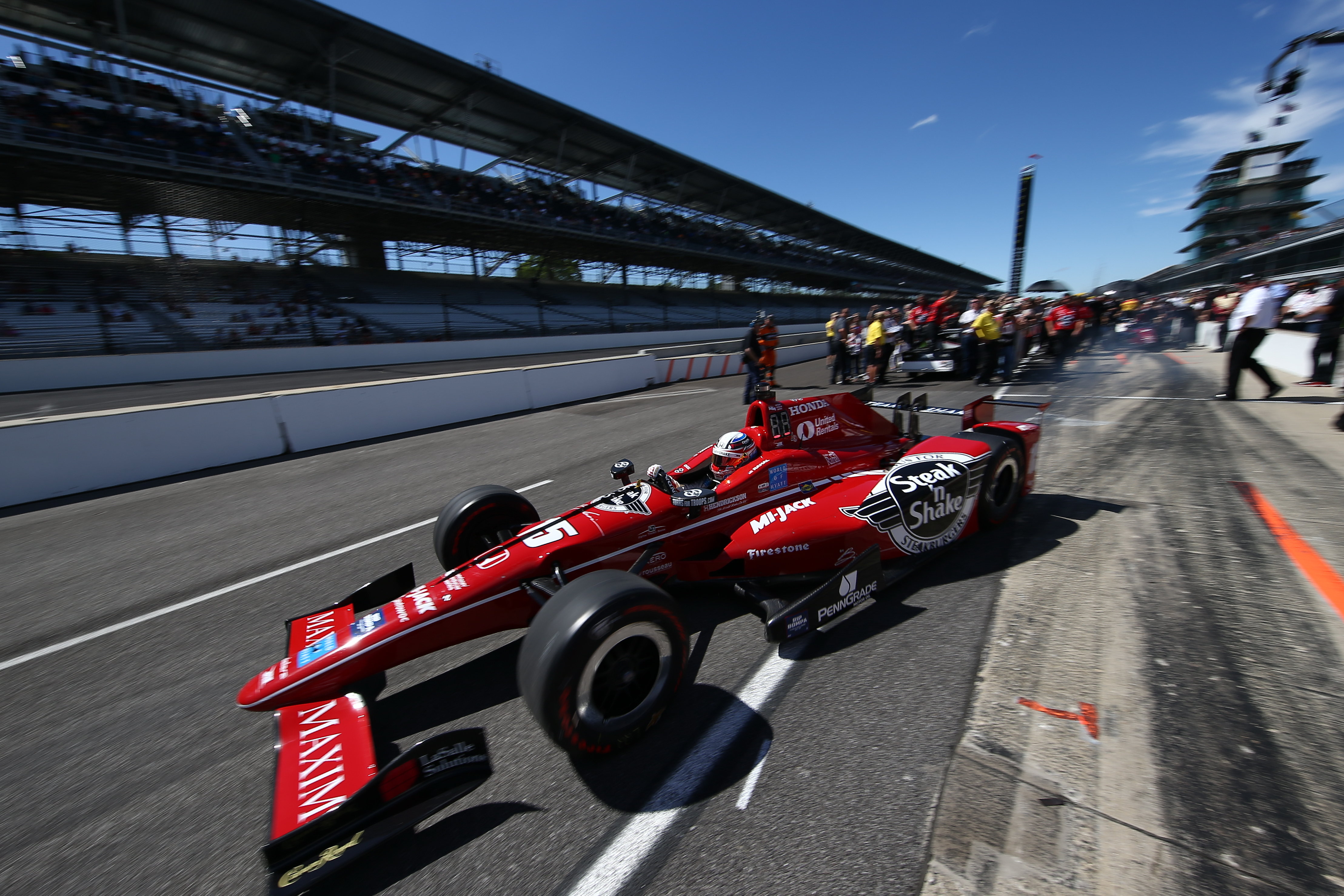 While the track is a huge, 2.5-mile temple of speed, the margins are razor-thin for the 33 car field. Qualifying proved this with the top nine drivers setting times that were less than a second apart after four laps and 10 miles of qualifying last weekend.

Seeking every advantage that they can, there will be several drivers in the field who have utilized AERO™ Advanced Paint Technology as part of their preparation for success on Sunday.

With a one-coat process, AERO provides teams with a lightweight, aerodynamic, and incredibly strong film-based paint appliqué solution for competition machinery. The AERO™ advantage also includes an unmatched visual aesthetic as well as significant environmental benefits from being PVC-free and nearly VOC-free.

There is a very famous Spaniard in the race in the form of Fernando Alonso, but it is another experienced Spanish racer who will lead the Rahal Letterman Lanigan Racing charge on Sunday after Oriol Servia posted a four lap average of 230.309 miles per hour in his  No. 16 Manitawoc Honda/Dallara entry to score 12th on the grid.

Starting one row behind in 14th will be Graham Rahal in the No. 15 Steak N’ Shake Honda/Dallara with his 230.253-mph four lap average.

Both pilots have AERO on their Honda/Dallara machines, and will be looking to bring a new chapter of success for the Rahal name at the speedway. Rahal’s most recent IndyCar victory came on an oval—by all of .008 of a second!

“AERO™ Advanced Paint Technology does a great job with the product—the unique designs that we can do, and the colors and all that we’ve done with our liveries, it has looked awesome from day one,” said Rahal. “Overall, the flexibility that you have with AERO— it is so unique you can pretty much do anything. This month, with all the sponsor logos being printed on, that could be a big gain for us. That is something from a wrap technology point of view, we’d never seen before. Paint is heavy of course, and the wrap is lighter and more efficient for us.”

The Indianapolis visit has seen Rahal carrying two different liveries, Turns for Troops for the Grand Prix and now Steak N’ Shake for the 500.

“When we have to change from one weekend to the next and change different paint schemes, it really works well for us to be able to peel it off and put the next one on,” said Rahal. “Particularly in these summer months where we go back to back to back pretty much every weekend, that ability to change quickly is a big part of our team and making it work properly.”

New to the Chevrolet contingent, AJ Foyt Racing drivers Carlos Munoz, who finished second in the race last year, and American Conor Daly, will start from 24th and 26th on the grid, respectively. The Dale Coyne Racing entries, which have shown remarkable speed thus far this month, are also utilizing AERO in some critical areas as are the Schmidt Peterson machines. 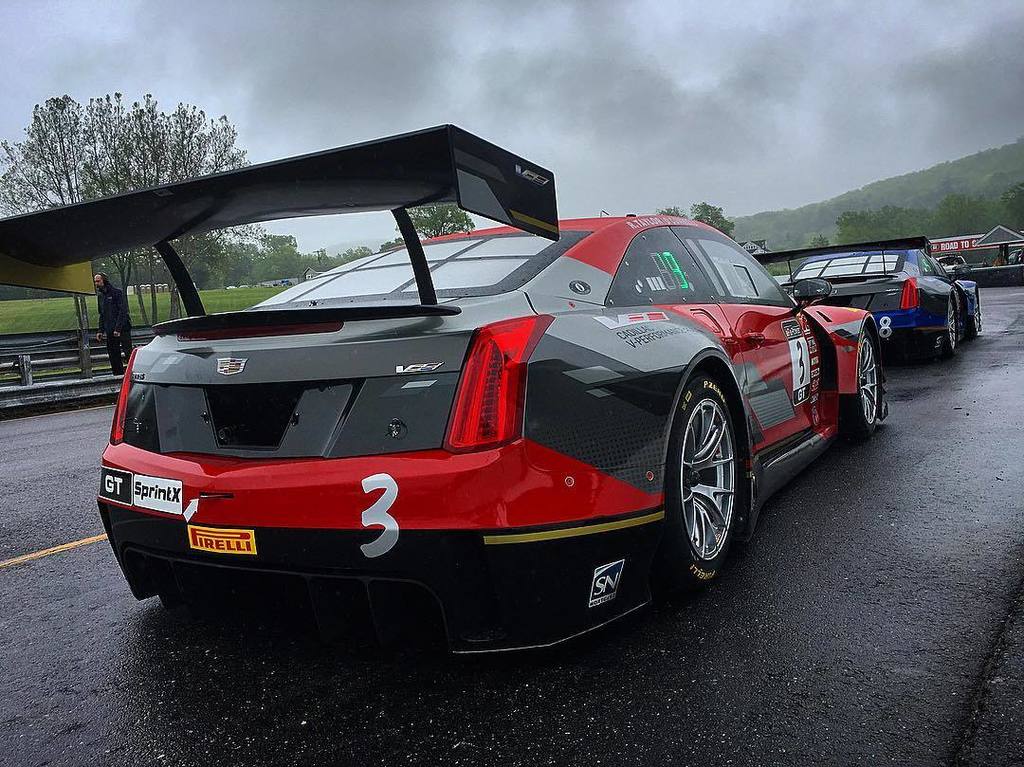 But before the Indianapolis Motor Speedway canon goes off at 6 AM on Sunday and the balloons are released, there will be another two rounds of Pirelli World Challenge SprintX at Lime Rock Park.

Last weekend at Canadian Tire Motorsport Park, Jordan Taylor and Michael Cooper put their AERO-liveried Cadillac ATS V.R machine in victory lane, and will hope to do that once again this weekend. But the sister Cadillac entry of Ricky Taylor and Johnny O’Connell in the No. 3 Cadillac ATS V.R could stand in their way.

“I think with all the SprintX events that there is no room for error,” said Jordan Taylor.  “At CTMP you could go down a lap if you pitted at the wrong time, and the same can happen at Lime Rock. It’s a tough track to pass on, so limiting mistakes and having a good starting position will be key. It’s a high speed track with not a whole lot of runoff, so if you make a mistake, it’s going to lead to something big. There are a lot of cars in the SprintX event, so I wouldn’t be surprised to see a lot of yellows and reds.”

The GTS double-header race will see the Panoz Avezzano GT machine of Ian James also looking for a breakthrough podium for the new AERO-equipped GT4 in GTS.

Images: via Indycar and Jordan Taylor