BIRMINGHAM, Alabama (April 23, 2018) – It was a weekend of mixed weather for the Verizon IndyCar event in Alabama, as two picture perfect and record-setting days on Friday and Saturday lead into a rainy Sunday—and then Monday— at Barber Motorsports Park.

But no matter what the weather was, young Canadian Parker Thompson showed he is a name to watch.

After destroying the old Pro Mazda Championship Presented by Cooper Tires track record during qualifying, the 20-year-old from Red Deer, Alberta broke through for his first career victory in his AERO Sustainable Paint Technology-equipped Tatuus-Mazda PM-18 for his Exclusive Autosport team on Saturday. 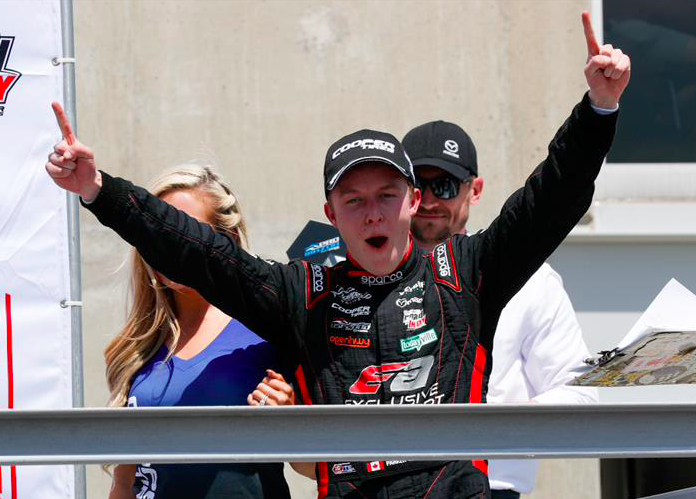 Returning to action for a wet race on Sunday, Thompson again delivered as he came home in second place to move himself to the points lead after four rounds of racing.

“The weekend was awesome, unfortunately the wet weather took away the chance for a second win just because we were more set up for the dry but this was a great weekend,” said Thompson. “The car was not only a rocket ship, but it also looked great! I think we’ve got by far the best looking car on the grid the cool thing is it you cant hurt it, you cant scratch it. AERO definitely has the best stuff on the market and I’m proud to partner with them.”

After the race was red-flagged for rain on Sunday, the teams returned to action on Monday with a timed race sprint to the finish. That race saw a range of stratagies play out as the rain once again reeked havoc on all the plans with all the runners forced to the pits late for rain tires. 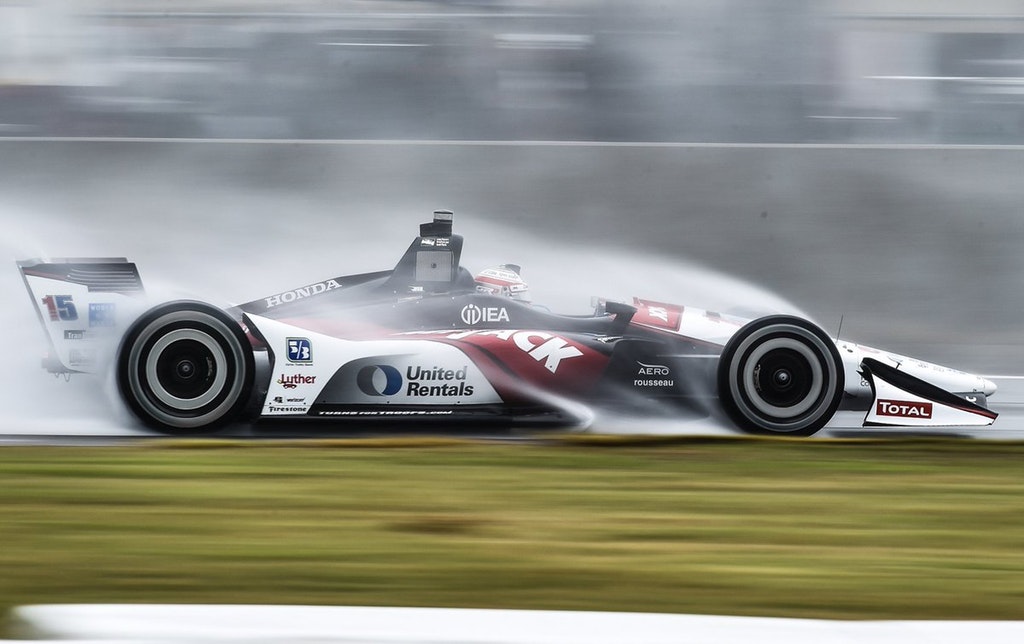 AJ Foyt Racing, which has also joined the AERO family, was led by Matheus Leist in 12th as Tony Kanaan come home 18th.

Photo credits to IndyCar and ProMazda.com